All Collections
Sandboxx Letters
Shipping and Processing
What kind of characters do you support in the printed Letter? What about Emojis?

What kind of characters do you support in the printed Letter? What about Emojis?

See how we print your Letter and what formatting options Sandboxx supports.

Written by Becky
Updated over a week ago

What kind of characters do you support?
Sandboxx's apps (both web and mobile), presently support one typeface, Helvetica, and up to 3000 characters per Letter. We are planning more improvements in the future to support multiple fonts and other formatting options.

What does that mean? If my language is not one of the previously mentioned ones, then it won't print will it?

Yes, that's correct. If you type out a Spanish letter, it will print in Spanish. The same thing for Portuguese, Italian and so on. But, if you type in Chinese characters for example, or any language that's not supported in the list above, the letter will not print. Be sure to type your letter using one of the supported languages above.

Do you have any plans to support those unsupported languages?
Not at this time. You can certainly request features and vote on languages you'd like supported. Please click here to give us your feedback on which languages we should support.

What about emojis in my letters?
We do not support emojis yet. We do however, have plans to support emojis later in 2019 with many more new print options and features.

Can I include photos?
Yes! We encourage you to use photos to send to your recipient! A photo is worth a thousand words as the saying goes, so including one is definitely saying a lot. When you include a photo, it's a great personal touch to your recipient who is going through a challenging time. Photos offer tons of encouragement!

How does the Sandboxx Letter look when printed?
Please see the picture below: 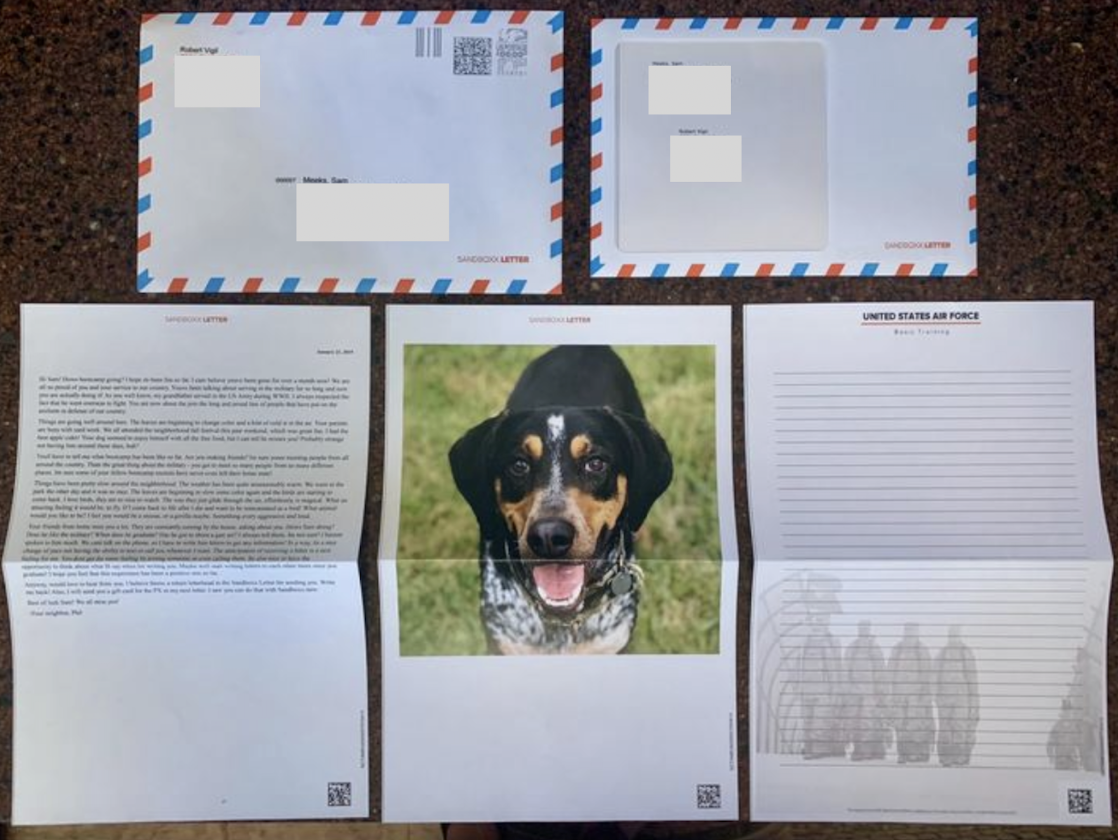 What about a giftcard? How does that work? Is it included in the print document?
Yes, but it's only available to be used at Marine Corp bases and Navy bases as of February 1 2019.

What if I have other questions or thoughts for feedback?
We'd love to hear them! Please send your thoughts to us using this simple form. We read every piece of feedback!

Did this answer your question?